Join The Fan Lab, a private Fandom research community for users in the US and UK where you will be asked to share your opinions on all things gaming and entertainment! Click here to see if you qualify

From 7 Days to Die Wiki
(Redirected from Survival)
Jump to: navigation, search
Some items' or groups' chance to drop changes according to the player's gamestage. Here you can see those values for any gamestage you want using the little box below. Just type the gamestage you want in the box and press the Apply!-button. The values should change immediately, if the chance is different.
Current game stage: 1

Survival SP is one of the three Game Modes playable in 7 Days to Die. This a private game closed off from public access and can only be played by a single player. The differences between this Game Mode and Survival MP are the land protection system and multi player settings available in the latter. The game will begin at 07:00 on day one and the player's character will spawn at a random location on the Map with a few basic items in their Inventory. The player's character starts the game with their Fullness, Health, Hydration and Stamina bars full. If the player is lucky their character may spawn near to several loot containers or even buildings. However, if the player is unlucky it is quite possible their character may spawn at a point where there is very little about to loot. Due to the open world nature of 7 Days to Die there are effectively no goals other than the one to stay alive. This will also serve as the story driven single player campaign at a later stage of game development.

The player's character starts the game with a few basic items already on their toolbelt, for Survival SP the following items are provided.

1x Can of Chili 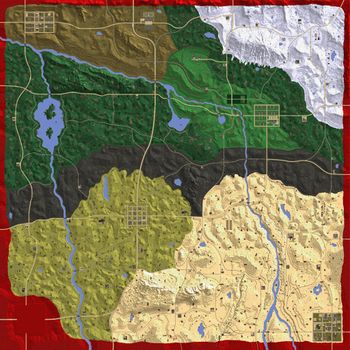 For a complete list and explanation of the settings available in this Game Mode see the page Game Settings.